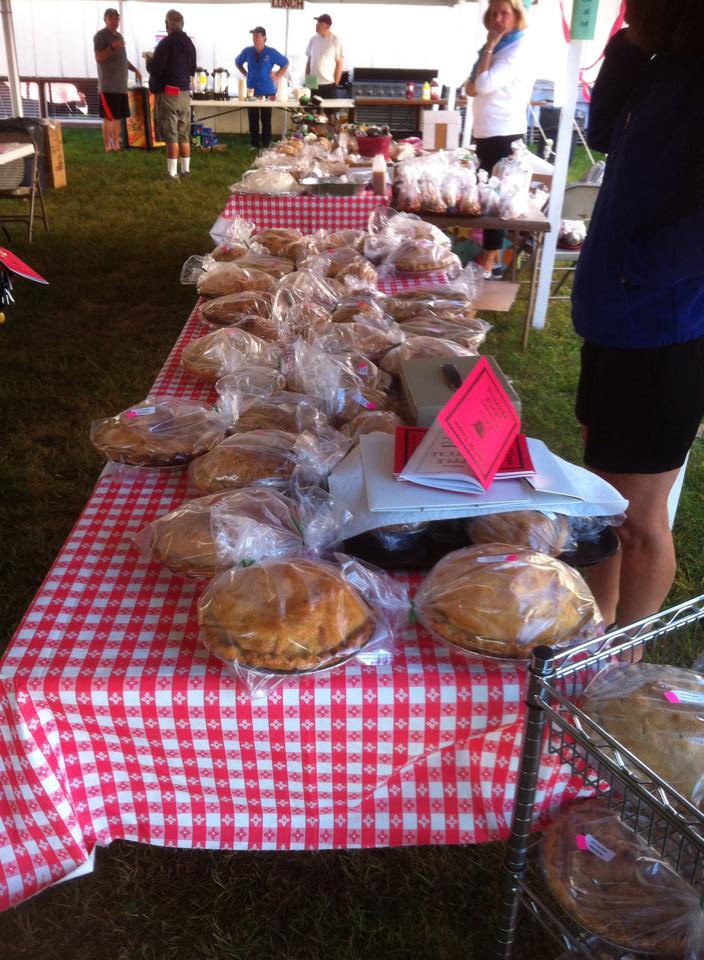 The Esopus Apple Festival has a decades-long history of both raising money for the Town of Esopus United Methodist Church and bringing big crowds of people to Port Ewen, who come for the apple pancakes and pies, and stay for the town-wide yard sale.

The event is on Saturday, September 22 from 8 a.m. to 3 p.m. at 151 Main Street in Port Ewen, with the town-wide yard sale taking place in the surrounding neighborhood. Admission is free.

The stars of the show are the hundreds of apple pies that will be on offer, which are baked en mass by members of the church in the days leading up to the event.

Cindy Delavan, of Port Ewen, is one of the volunteers who has been been involved in the event since her childhood.

“Everybody has their job to do, between the peeling, slicing, and filling pies, the rolling of the dough,” she says. “Everybody comes together for this one week, from early morning to late at night to make sure those pies get made. It’s a great time of reconnecting with people who you might not see throughout the year. I’ve learned a lot from the women that I worked with there over the years.”

All kinds of people come and eat and socialize

The festival started solely as a fundraiser for the church, and has evolved over the years along with the community; the source of the apples has moved around, the event partners and side events have changed, but the one constant has been the apple pies.

Although Esopus Spitzenberg apples are few and far between nowadays, local orchards like Hurds Family Farm and Maynard Farms are supplying a mix of McIntosh and Cortland apples.

Church secretary Bethany Snazely says one of the most popular newer additions are apple pancakes. 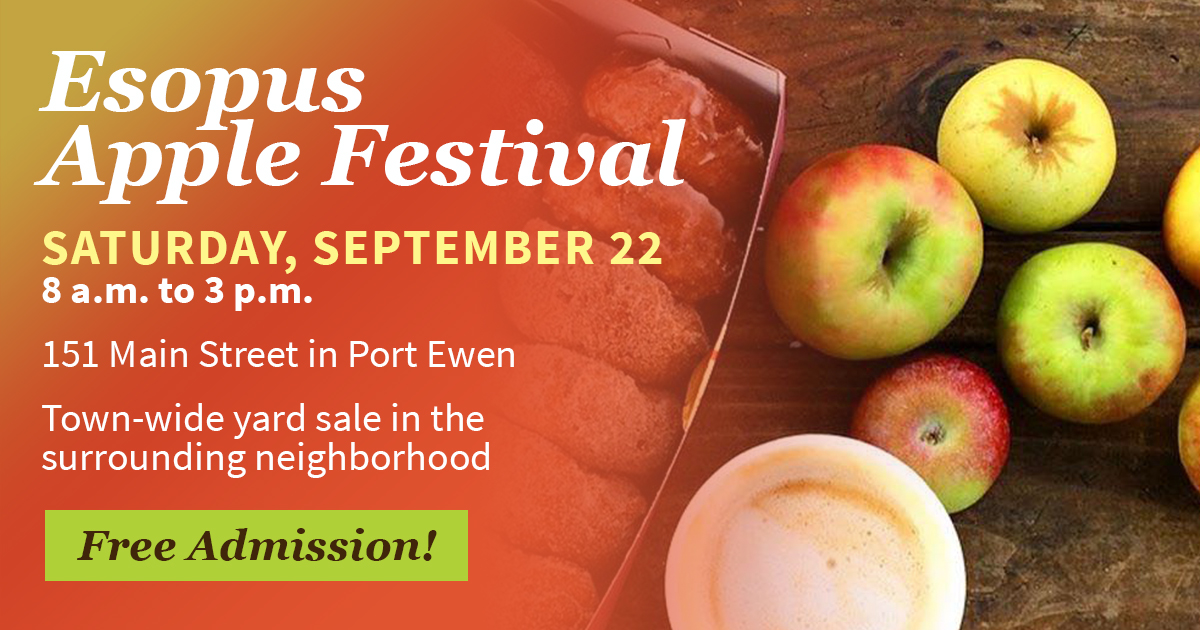 Some of the other food on offer throughout the day: hamburgers, hot dogs, sausage and peppers, fried dough, cider, much of it donated by local businesses and all prepared by a range of community volunteers.

“All kinds of people come and eat and socialize,” says Bethany. “All the politicians show up, and it’s an opportunity to meet local people in town that you don’t usually see.”

While the festival has been going on for almost 50 years, the Town of Esopus has been renowned for apple-related matters since the 18th century, when Thomas Jefferson and Herman Melville were both known for loving Esopus’ “Spitzenberg” apple variety.

For more information, check out the event’s Facebook page or call the Town of Esopus United Methodist Church at (845) 338-0356..