There seems to be more enthusiasm than ever for moving to the Hudson Valley and Catskills. Work is now less centralized around big cities, the Internet makes working from anywhere a possibility, and people seem to be craving access to nature and a clean environment. We love having new neighbors in Esopus, so if you’re looking to move somewhere around Kingston, Poughkeepsie, and New Paltz, but aren’t sure where exactly to live, we made this guide for you. Here are five reasons to consider moving to Esopus, NY: 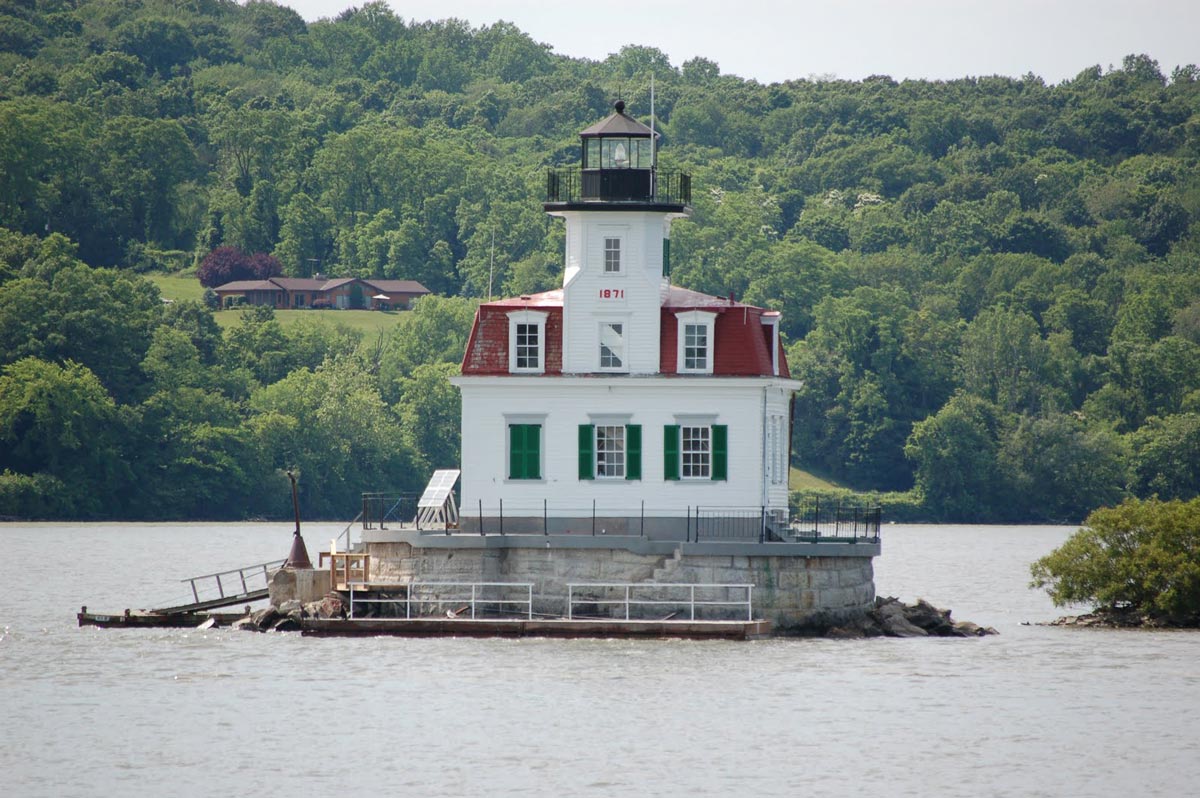 The one thing that we have more of in Esopus than anywhere else in New York is access to water. We have more Hudson River frontage than any other municipality in the state. Other towns might offer a glimpse of water from time to time, but if you live in Esopus, you’re going to see the Hudson River quite a bit.

A view of the Hudson River is commonly cited by residents as a major draw for them locating here.

In addition to looking nice, the Hudson River also supplies Esopus with its drinking water. Aided by Riverkeeper, we have made a serious commitment to protecting the quality of water in the Hudson, alongside six other municipalities like the City and Town of Poughkeepsie, Hyde Park and Lloyd.

2. Proximity to Popular Cities and Towns… But With Lower Taxes

Esopus and its hamlets are admittedly on the quieter, family-friendly side, but we’re very close to exciting small cities and communities where there is an abundance of food choices, shopping, culture and nightlife. Anecdotally, several residents that we interviewed reported lower taxes and overall costs of living in Esopus compared to other local towns.

Within a 20 minute drive, an Esopus resident can get to Kingston, Poughkeepsie and New Paltz, which serve as three of the most happening places in the region.

We’ve got 15 places right within Esopus where you can immediately get outside and do something! 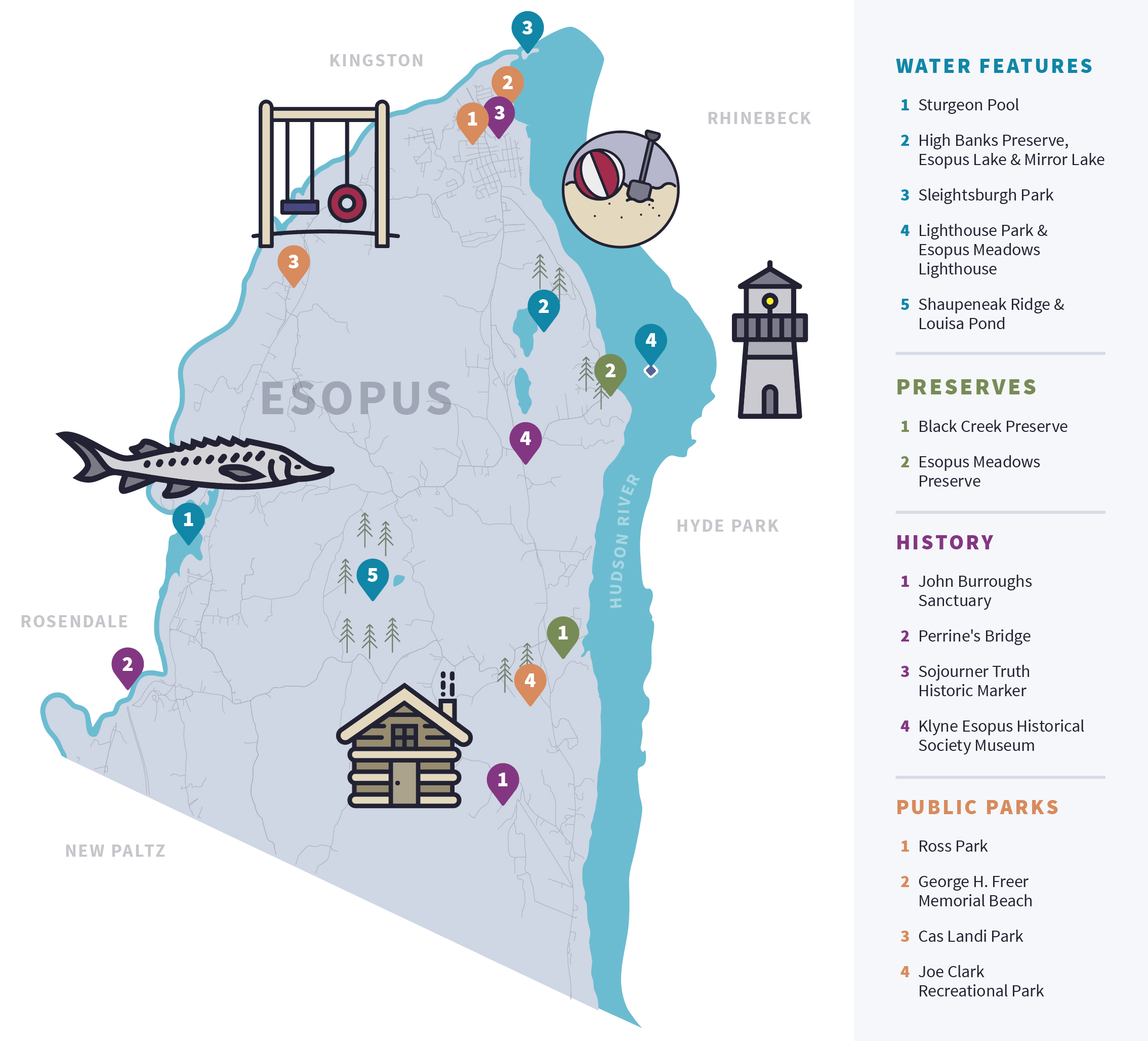 Take it from four commuters who live in Esopus full-time and commute semi-regularly to the city; there are multiple options based on where you need to go.

If I’m going into the city, my preferred method is Trailways from New Paltz. That’s kind of the closest avenue for me, or maybe I’ll drive in. – John Robinson 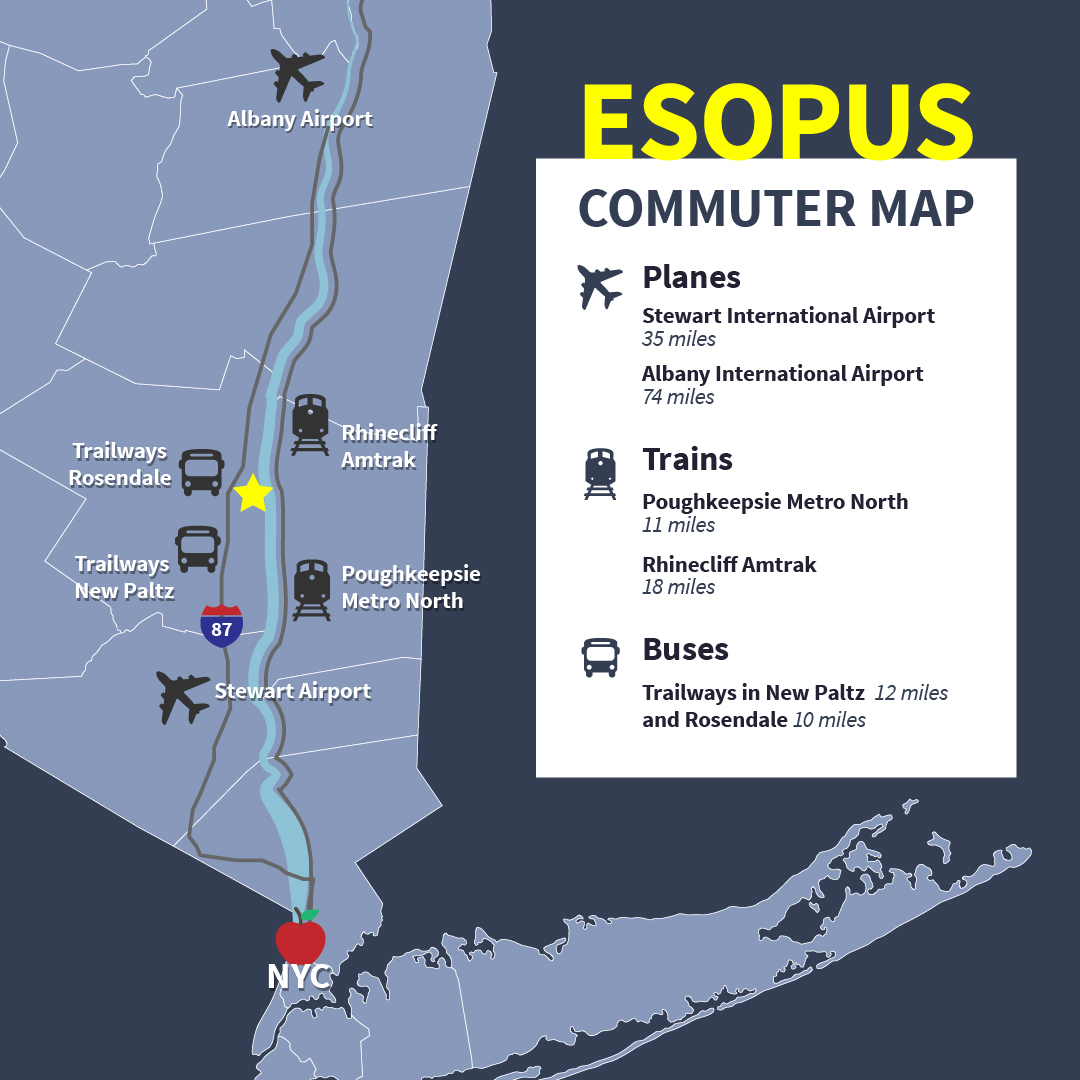 One of Esopus’ most exciting upcoming businesses is the Star Estate Distillery, which will combine a craft distillery producing vodka, whiskey, bourbon and gin, an event space, and a small organic farm along the Hudson River in our hamlet of West Park. 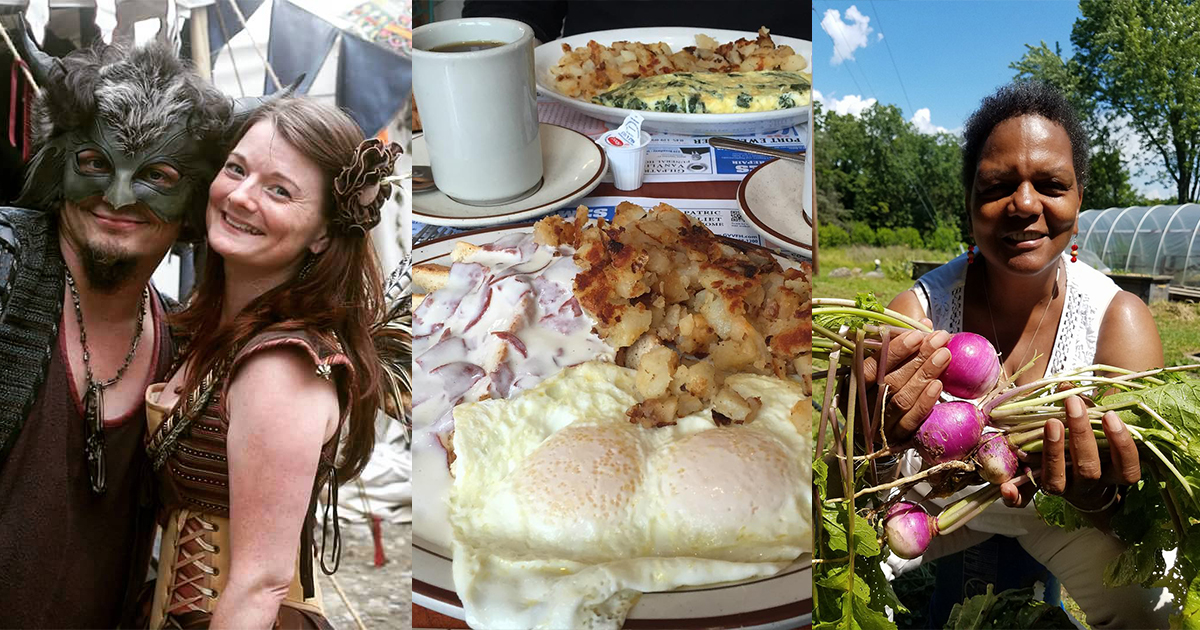